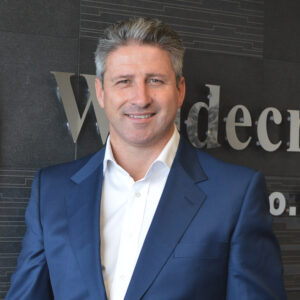 Alfie Best is a highly successful self-made UK entrepreneur, investor, speaker and philanthropist who serves as the chairman of the Wyldecrest Parks group of companies.

Starting from scratch Alfie has built Wyldecrest Parks, which boasts of a portfolio of nearly 100 UK based residential and holiday parks and a further 15 in the US valued at more than £1 Billion

He also owns a golf course in Herefordshire and East Thurrock Football Club and Vaaroom, a nationwide motorhome hire company as well as Wyldecrest Events – a leading supplier of tickets & VIP corporate hospitality packages among other businesses.

Alfie won the Entrepreneur of The Year at The Signature Awards 2021 London at The Hilton Park Lane, Mayfair in November last year.

If somebody is prepared to work one hour I’ll work three. That’s what makes me successful.”

Alfie recently appeared on Nigel Farage’s Talking pints show recently where he talked about his journey to becoming the first gypsy billionaire in the UK and building a company with a valuation worth more than a Billion among other things.

To achieve success is not easy and to maintain that success is even harder but Alfie Best has shown how it can be done, even when you have not been born with the proverbial silver spoon in the mouth.

Born of humble origins and raised in a Romany Gypsy family, this self-made man studied at “University of Life” and started his professional success story totally from scratch.

However, coming from a struggling background and a minority group only gave him even more desire to succeed. As a gypsy, he had to face many obstacles and prejudices but he has never allowed those to ruin his dreams and ambitions or to disrupt his investments into the businesses he operates. Instead, he has taken those negative prejudices and turned them into positives by surrounding himself with a diverse and multicultural team.

“I hope and wish that the money raised can help and support families so they don’t suffer alone. I feel privileged that I was able to help”, Alfie Best

Alfie Best manages his businesses as a real leader, knows his employees by name and likes to meet all residents of his mobile home parks.

He believes that the most important thing in life is to be surrounded by the right people and likes to practice a very hands-on approach as a leader to motivate his team to always battle from the same side. That’s why he invests a great deal in the expansion of his team as the businesses expand as well. He focuses on hiring the right people for the right jobs and is personally involved in the whole process. He truly believes that to invest in people is the best investment you can ever make – thus he is frequently heard saying that he never invests in businesses, he invests in people.

Alfie appeared on our TV screens earlies this year in the brand new series Undercover Big Boss – where he got into a disguise to check out what was happening inside his company. He received an extreme makeover to transform into drainage engineer ‘William’ under the ruse of filming a documentary about changing careers. “When I’m in head office and I feel the community spirit is built from there to the parks, I’ve found that’s not true. It’s built from the third-party operators to the maintenance and sales team. “They’re the cornerstone of the business and the people who will take Wyldecrest to the next level.”

“90% perspiration and 10% inspiration” is his life philosophy when we talk business.

Due to his accurate business vision, strong and inspirational leadership, drive, ambition, persistence, and hands-on approach personality, Alfie Best has achieved the status of a successful entrepreneur and a multimillionaire businessman, respected and admired amongst the most varied circles of people, from different ages, cultures and backgrounds.